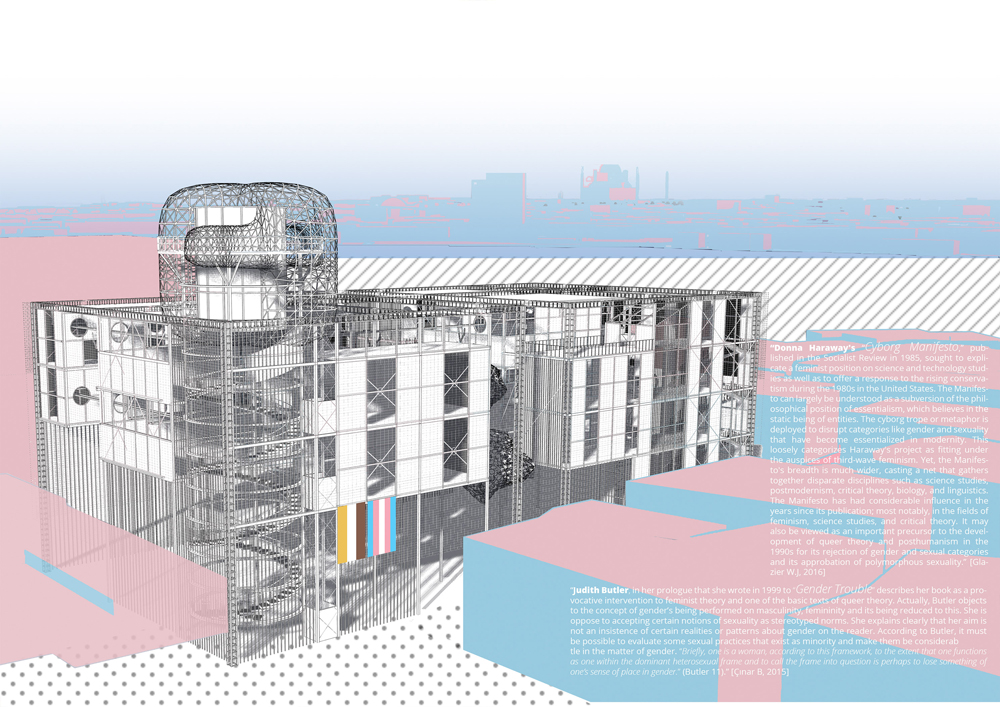 Q-Fault is a future based scenario to discuss the interaction of Donna Haraway’s Cyborg Manifest and Queer Theory. How the body relations – questioned by Judith Butler before – can be questioned again with the Cyborg Manifest? Can Cyborg Manifest be used to produce a solution of problematic relations between the body and person and to realize in the physical world? Can the results of this bilateral relationship produce a solution, or is it just recreate the existing problems in another field –in the 3D world- in different ways?

Q-Fault (queer faults) is an organized manner settled in dark spaces of the Karaköy parking lot and shaped it for its purposes. The process that started with people who secretly changed some parts of their body that they did not like (change is achieved with new biotechnological organs over time) will spread rapidly and will be echoed especially in the minority groups (people who cannot be peaceful with their bodies). This event, which started in the parking lot, will spread to different points of the city and will change the parking lot according to its new function. This event will grow and turn into a big uprising, later referred to as ‘ACTION’. While parking lot produces these new cyborg-like people, people change the parking to cyborg-like thing. While the project focuses on the change of Karaköy parking lot on the basis of this fiction, it also aims to question the change of people. 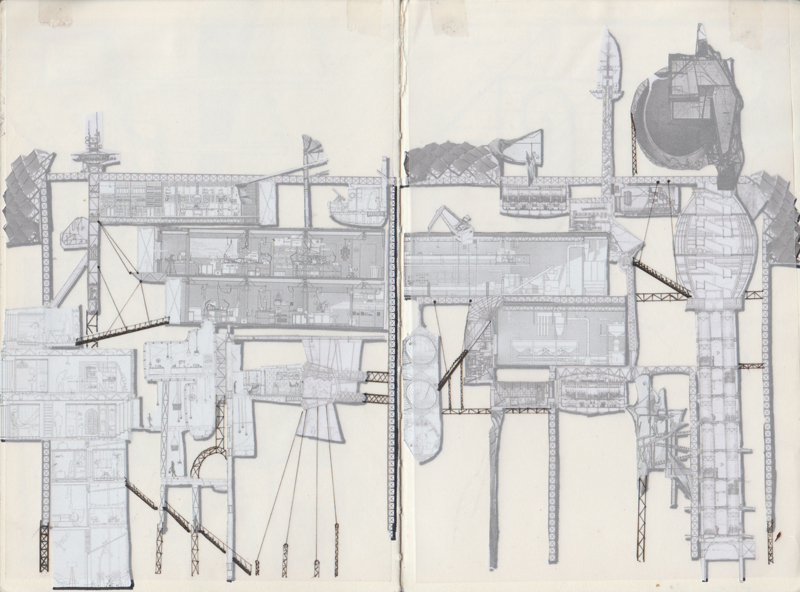 Karaköy parking lot has gone through similar phases while it evolved with the people. It has transformed itself into something better, more functional. It has evolved into a high-tech structure due to its complex circulation and always continuous operation. As the structure changes to something cyborg-like as humans, various limbs have added. The robotic arms provide communication between the two phases (production and evolution) in the structure. These two separate parts have no other connection. The circulation of the production part and the circulation of the evolution part operate their selves completely separately. In the operating room, the necessary cyborg limbs are carried by robotic arms from the storages of the production part.

Eggs are structures that hang between the production and evolution phase in building. It is a predetermined chemical condition that these eggs irradiate at various times. The artificial evolution of humans into Cyborg-like things is due to the various biomechanical parts to be added to them. A normal storage option is not possible for biomechanical parts. Special warehouses are required. The main purpose of the eggs is to ensure these biomechanical parts (arms, legs, eyes, stomach, etc.) to be added to humans without intact. These parts, which are protected in their special fluid, are assembled in accordance with human beings, as they want, in the evolutionary phase. 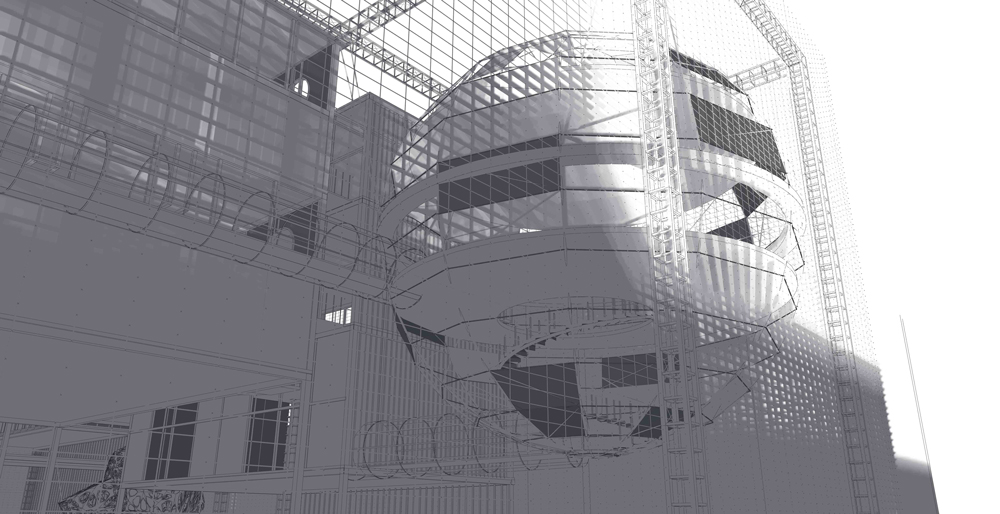 There is a large sphere on the right side of the building when coming from Gümrük Street. This sphere has connections with both the main circulation of the evolution phase of building and the gym that is under the services. The sphere was designed as a simulation room by q-faults. It allows peopling, that transform themselves into cyborg-like things, testing their new bodies with various machines inside here (VR, XR technologies, flexible devices, soft machines, etc.). This is why it works with the gym. The gym was designed for similar purposes. Cyborg people are included in the compliance program while staying in the nursing rooms. Every day, they try to get used to their limbs&new organs by doing various exercises and practices in these two areas.

The Pipe is located on the side of Gümrük Street which is thought to be the main façade of the building. The structure provides the transition from the main circulation area of the evolution phase of building to the simulation sphere. This structure is covered with a translucent material. Thanks to this translucent material, cyborg people passing through will be able to see the outside. But people who look outside will not be able to see the cyborg fully. This material is transparent enough to ensure publicity and visibility. This is a different way of saying “We are here”. It is also impermeable to ensure privacy.

Many biotechnological mechanics are produced in the production phase. Additionally, the engineering required for the production of these biomechanical units and organs, as well as the design requires a long process. For this design process, an R & D center was placed towards the building’s façade looking to Mumhane Street. It is foreseen that there will be a continuous accumulation of knowledge and research process. A biology laboratory was placed on the opposite side to feed this center. As a result of these two science centers; many soft machines, robot limbs, and cyborg-like things are produced. 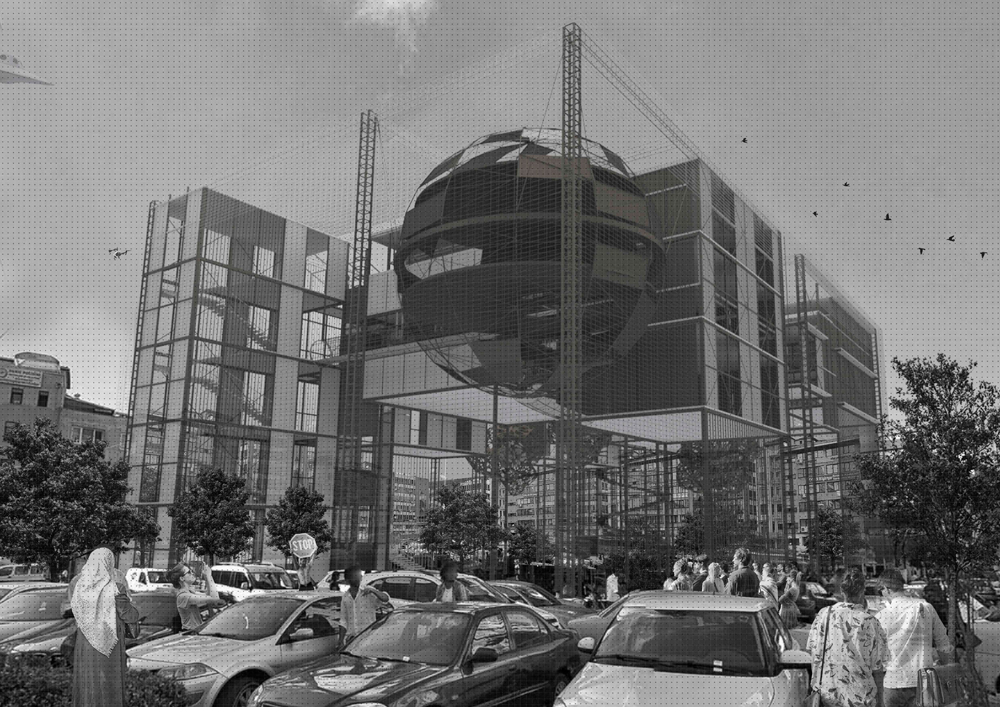 The “ACTION ” movement started not only in Karaköy parking lot, but also in various parts of Istanbul, and tome, it was spread to Istanbul. With the growth of this movement, there was a need for a structure that could be held as a decision-making mechanism to control everything from a single center with meetings, etc. A control center, The Brain as called, was established as a product of this need. Representatives from all kinds of minorities can come to this center and they can play an active role in the “ACTION ”movement by making their community visible. At the same time, The Brain provides the communication of the Karaköy parking lot with other centers. The Brain ensures communication as well as the sustainability of the function of the whole building. All High-Tech mechanisms of the building are controlled from here. So, basically, it is the brain of a building. 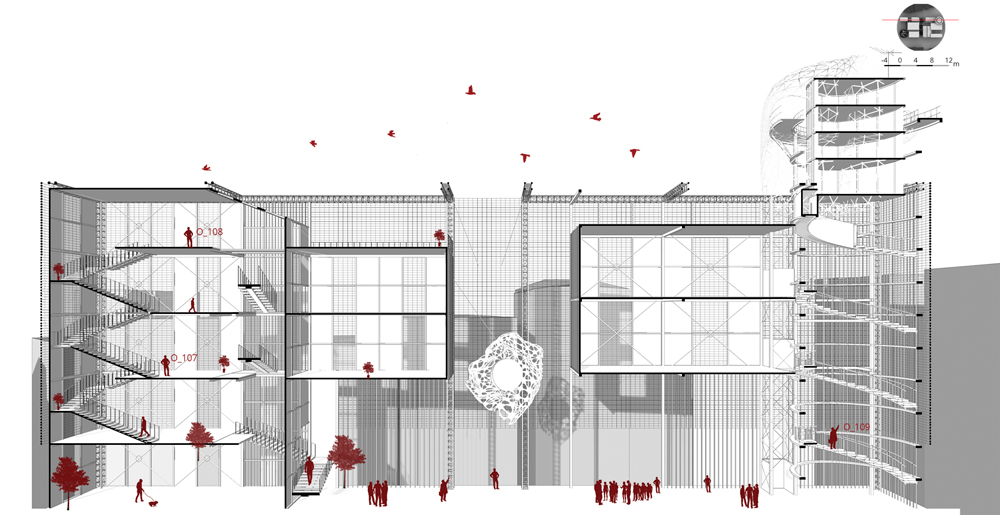 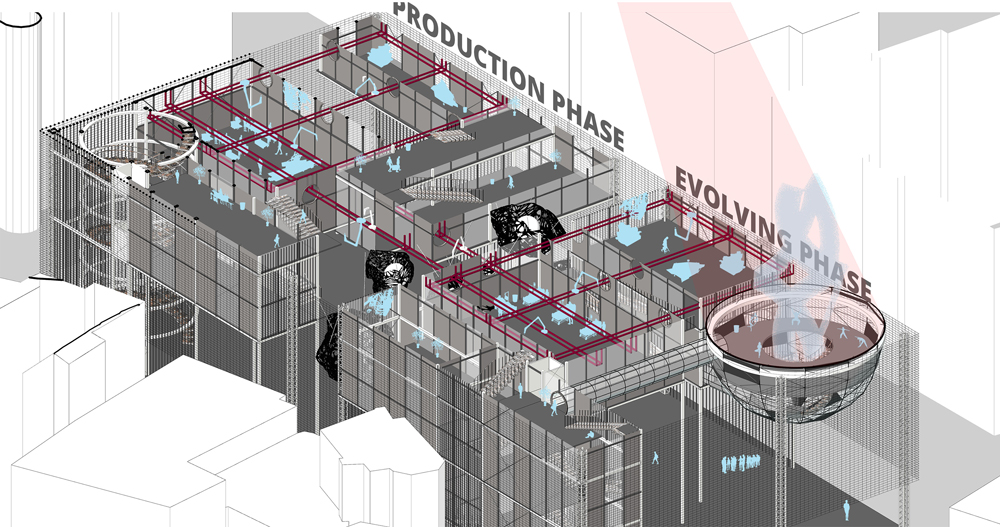 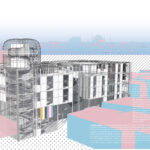 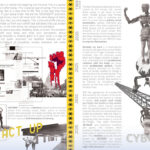 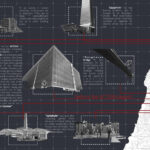 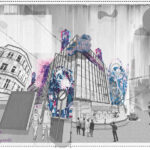 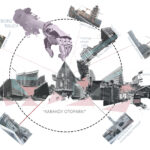 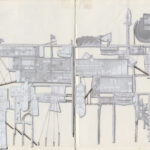 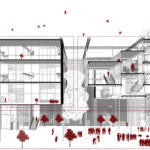 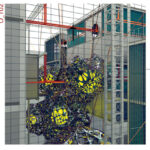 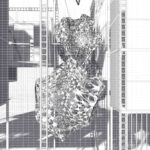 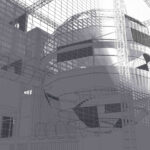 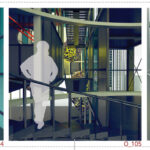 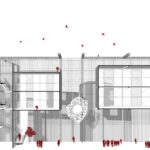 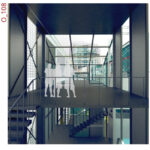 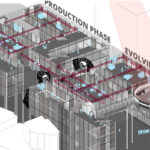 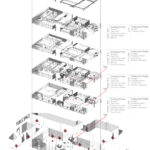 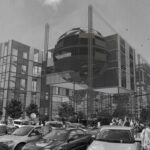